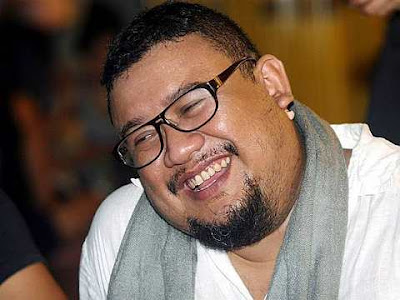 Hi guys, My name is Afdlin Shauki, I am a Malaysian who loves his country just like you, I am a film director, a writer, an actor, a comedian by profession, a father, a husband and a son. I have worked for over 20 years in the entertainment industry and although I was trained as an architect, I decided to join the entertainment industry because it is about making people happy, about making people open their minds to the infinite possibilities that life has to offer through one’s creative endeavors. In a time when there are so many things to frown upon, the arts provide some form of balance to our emotions.

I think over the 20 years, there have been millions of children, teenagers, adults and warga emas who I have entertained and have given at least a brief respite from their hectic daily life. The funny thing is, all this while, I have been an UMNO supporter but nobody cared because nobody knew. My question is that, now I have become an UMNO member, does that suddenly make me an evil person? Does that make me different from whom I was before? Is it wrong to have a point of view?

I am a person who has always spoken my mind, and through my body of work, I have made known things which are important to me.

Have I pissed the government off before? I’m not sure, but I probably have when I did my political comedy satire shows before. I also did the music video ‘UNDILAH’ which was banned by the government for being too political, even my Datin Maimon is taken to be a parody of the first lady, eventhough that is purely coincidental. My father in-law is from the opposition party in Sabah. A lot of my friends in the arts are very vocal supporters of the opposition, but political differences aside, we are still friends and family because at the end of the day we are Malaysians and want the very best for Malaysia.

I know a lot of you are asking why I decided to join UMNO, why now?

Does it really matter?

Those of you who have made up your mind that you do not like me anymore, have already set your thoughts and have judged me. Suddenly I have become unlikeable, even though essentially I have not changed.

For those who genuinely want to know, the reason is that I believe in their mission and ideology, I believe that they are genuine in wanting to have a cleaner more progressive government, genuine in wanting to see us all safe and to prosper. There will always be a few bad hats in any party but the point is that UMNO wants to clean up their act because they know in order to be the people’s choice once again, they have to make that change. I want to be a part of that. I believe in 1 Malaysia, all my films have always had those elements within. I believe positivity begets positivity, the current government isn’t perfect, nor do they claim to be, but if they are genuine in wanting to transform themselves into a better government, then I’m all for it. If there is something that I disagree about with regards to what the party is doing then I will voice it out to the powers that be. Because as a member it is my right to help the party become better.

As a person what I want in life is peace and a chance for all of us to live our lives to the fullest. A place for my children to be able to grow and live safely.

I am still Afdlin Shauki. I am now an UMNO member, but i believe it’s ok to have different political views and still be friends. I am still a social commentator through my art and I will stand and fight for any fellow Malaysians in need, regardless what party they belong to.

Haters will hate everything regardless. Positive people look at situations as possibilities. I am not becoming a politician but now you know my political views. I am still an artiste who will keep on doing his work. To entertain everyone, regardless.

To those who are going to end their relationship with me, I wish you well and all the best in everything you do. To those who might not like the idea but respect my right as a Malaysian too choose, I thank you. To new friends, welcome to the life of Afdlin Shauki… never a dull moment hahaha…. Boboi selalu bikin panassss!

Lastly to everyone:
Don’t judge me for my political inclinations, judge me for the work i have done for my society. But even if you do, it is your right.

Power to the people.
Assalammualaikum. 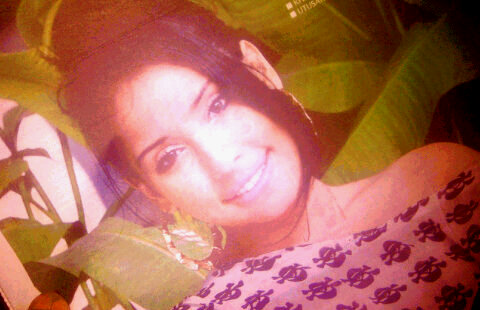