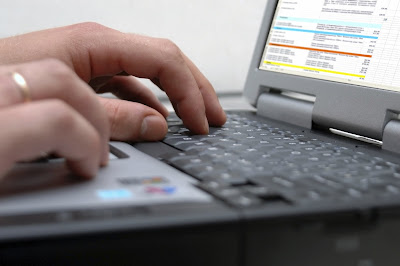 The Pentagon is asking scientists to figure out how to detect and counter propaganda on social media networks in the aftermath of Arab uprisings driven by Twitter and Facebook.

The US military's high-tech research arm, the Defense Advanced Research Projects Agency (DARPA), has put out a request for experts to look at "a new science of social networks" that would attempt to get ahead of the curve of events unfolding on new media.

The program's goal was to track "purposeful or deceptive messaging and misinformation" in social networks and to pursue "counter messaging of detected adversary influence operations," according to DARPA's request for proposals issued on July 14.

The project echoes concerns among top military officers about the lightning pace of change in the Middle East, where social networks have served as an engine for protest against some longtime US allies.

Some senior officers have spoken privately of the need to better track unrest revealed in social networks and to look for ways to shape outcomes in the Arab world through Twitter, Facebook or YouTube.

"Events of strategic as well as tactical importance to our Armed Forces are increasingly taking place in social media space," the DARPA announcement said.

"We must, therefore, be aware of these events as they are happening and be in a position to defend ourselves within that space against adverse outcomes," it said.

DARPA predicted that social networks would have a groundbreaking effect on warfare.

"Changes to the nature of conflict resulting from the use of social media are likely to be as profound as those resulting from previous communications revolutions," it said.

Under the proposal, researchers would be expected to unearth and classify the "formation, development and spread of ideas and concepts (memes)" in social media.

The document cited a case in which authorities employed social media to head off a potential crisis, but did not specify details of the incident.

"For example, in one case rumours about the location of a certain individual began to spread in social media space and calls for storming the rumoured location reached a fever pitch," it said.

DARPA planned to spend $42 million (£25m) on the Social Media in Strategic Communication (SMISC) program, with prospective contractors asked to test algorithms through "experiments" with social media, it said.

One possible experiment could involve a "closed social media network" of two to five thousand volunteers or an online role playing game with tens of thousands of players.

PUTRAJAYA: The opposition's use of new media has enabled them to instigate sections of society to participate even in unlawful activities that give them political mileage.

Home Minister Datuk Seri Hishammuddin Hussein said this was particularly damaging as many of the issues propagated through this media channel were untrue. 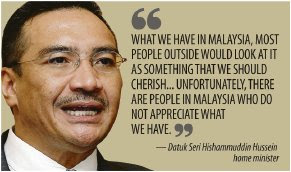 Citing the illegal July 9 Bersih rally as a case in point, he said this happened despite it being clear from the start that the rally was not about pushing for free and fair elections but for the interests of parties riding on Bersih's name.

He said while the government had exhausted all its avenues to reach and explain to the people about the demonstration, it was not easy as the power hungry were willing to go the distance in pushing to attain power without going to elections.

Conceding that handling the run-up to the July 9 demonstration was difficult as the opposition had triumphed over the use of the new media, Hishammuddin said the ruling government must catch up on their use of the medium.

"I must admit that they are better than us and we need to get our act together in using the new media."

"It couldn't be clearer that there are quarters who would not hesitate to seize any opportunity and compromise everything for their narrow political ambitions.

"We knew that there may have been other groups that might have used Bersih as a platform to cause even more upheavals," he said.

Touching on police action on the day the streets of Kuala Lumpur came to a stand-still, he said the police were very restrained on July 9, despite their standard operating procedure, which allowed them to take sterner action.

On the repercussions and lessons to be learned by those arrested and released by the police every time street demonstrations are held, he said those taken in by the police would have their particulars recorded in the police system.

He said while focus was given to those behind such events, the police were not going to pick and choose demonstrators in the middle of chaos.

"What we have in Malaysia, most people outside would look at it as something that we should cherish ... Unfortunately, there are people in Malaysia, who do not appreciate what we have.

"They go the extra mile to get attention, but sometimes, when they do so, there may be a cost to it as seen in many cases. A democracy with a single racial composition will not have this problem, but in a multiracial country like ours, our leaders must be very careful.

Hishammuddin said the police were also looking at best practices in the new social landscape.

This, he said included the amendments to the country's preventive laws, the Police Acts, particularly on peaceful assemblies, as well as the use of biometrics in addressing the issues raised by the opposition on phantom voters.