I am an overseas Malay who is seeing his country torn apart from afar. I can't stand it. I can't reveal myself because i work closely with the chinese. But I know their games.

I have seen Namewee rant on youtube against TNB, made fun of our national anthem, and ridicule the Islamic morning call for prayer.

The fact he swears against Utusan is obviously part of his pattern of behavior.

The pattern is clear. Namewee only shouts against anything that is Malay/Muslim dominated. He will not criticise his own kind. He is the epitome of DAP chauvinism. For all I know, Namewee is the trojan horse used by DAP!

Let’s assess again what Namewee has achieved through this movie (NASI LEMAK 2.0)

· -He has demoted once popular entertainment stars to second or third billing. These people include Adflin Shauki, Adibah Noor and David Arumugam. I pity those actors for falling for his tricks.

· -The Chinese business machinery has been strong in marketing the film, putting Namewee as the main attraction. This further cements their sense of superiority over others.

· -The Chinese political establishment along with their weak Malay/Indian lapdogs have swallowed hook, line and sinker the notion that Namewee is a ‘reformed’ individual who is worthy of the 1Malaysia effort

· -A movie that cost 1.5 million to produce has reportedly earned 4 million at the box office mainly due to its notoriety, even though many critics have panned it. They denounced the movie as simple, boring and amateurish. People who watched the movie effectively had their money wasted, if not stolen.

· -In the face of lack of interest from the Malay majority, Namewee rants on Youtube against a pro-Malay newspaper to garner more attention. Obviously, his goal is not to get Malays to watch the movie. His goal is to further inflame Malay disgust at chauvinistic Chinese, who enjoy feigning the role of 'victim' in Malaysian society. Effectively he is creating more hatred among the races!

· His opposition cronies, especially DAP love that Namewee is now their symbol and figurehead. He is their poster child to show the world about the Malaysian Chinese fake 'victimhood' and '2nd class citizenship' . What rubbish!

If Namewee really wanted to criticise Utusan, why didn't he hold a press conference with the Chinese media or DAP? I am sure they would have accommodated him. Or why didn't he have the courage to face the Utusan writer in person and argue as a civilised human being why the article is incorrect.

Being a 'mass comm' major , which he boasted a couple of times in his Youtube rant, he should know the proper channels of conveying a message. Using the F word to express himself on youtube, even when bleeped out, is not acceptable in any civilised society. This is what spoilt emo teenagers do, before they commit suicide.

This incident should teach us all a lesson—1Malaysia can’t work with people who are inbred to be chauvinistic and racist.

The Chinese should repudiate Namewee . 1Malaysia doesn't need him and his ilk!

Anonymous said…
By the meaning of torn apart, do you mean the corruption of the government is starting to float to the surface? People in Malaysia are starting to rise TOGETHER against the corruption of the government, and Namewee is one of the people who is DARING enough to be at the front line. But of course, you have been too pampered by the government's "Hak Bumiputera" to even notice that the Chinese, Indians and other minority ethnic groups are working very hard and suffering to attain privileges but to no avail. But you, a Malay, don't even have to fart to get scholarship, cheap houses and other nice stuff that the non-Bumis are working so hard to get.

You think Namewee didn't go though a lot of trouble for his deeds? He was once caught by the police for Negarakuku, made a PUBLIC APOLOGY, was not allowed to come back to Malaysia for a period of time and had many authorities going up against him at that time. (Do YOU know? But no, you were too busy enjoying the overseas, right?)

You have no idea what rubbish Utusan can write, reporting incidents that are downright FALSE and incorrect, slandering, manipulating people's minds just to make sure people go against those who stand against this corrupted government.

Come back to Malaysia and see everything with your eyes. I don't want to say anything more, because most probably you are too biased to your own views to even bother to read mine.

Anonymous said…
Keyboard warrior ?
seems no
every words that written is fact
you can't change the fact
it's stated there

Anonymous said…
Oct 8.55 crap!do you think chinese the only race in malasia work ver hard?commonla dont be so kiasu la.many malay also work veryhard but being discriminate by most of chinese boss.u should be grateful live in this country.learn back the history.dont only think about ur races .this is malaysia!learn back rukun negara and try to speak national language.mixed up with other races and not only ur colony!
October 7, 2011 at 4:14 AM

Anonymous said…
Sometimes namewee scold people like siti inshah, tnb... are they all start first... This country is racist. chinese do wrong then got big things happen, like siti inshah is the f**ker who start the fight, say chinese go back china... Then namewee talk back, but namewee kena, but siti inshah din kena anything...

darky said…
I'm a chinese. I'm not afraid to write what I see because I have a lot of malay friend who is agree and standing at the side where i am belong to.

1st, you started the topic like " i work closely with the chinese. But I know their games." well this is definitely wrong to post around and you want people to take that as the "whole chinese" is doing this.

Let me tell you what, I work more than 12 hours per day and I don't have time for any games and neither the chinese friend's, family, relatives. I know them more than you do, that's for sure.

Rather than saying namewee against TNB, national anthem, Islamic stuff. Why don't you take another look over every words in his song.

1st, everyone who have a frequent electricity failure will scold with the word C or the word F, the different is, how much does the failure have to take drives u angry that much to put a video on the website?
That's right, he is working, and the electricity went off and everything is gone.
u have to say, he screw whatever that is matter to him. Not just islamic, does electricity runs only when muslim pray? = =

3rd, gambling is totally a personal behavior and chinese is the majority who fall the trap, I born in a rich family which went broke when i'm 8 years old, that's right, gambling S*cks. It doesnt bring the whole economy down, yes it is serious when family is torn apart. But compared to corruption, does it affect what corruption in government affect? =\ not at all.
Owh Come on! It's really obvious that u're overseas! AhLong? what era u're in? and some of the scamming organization is from overseas, not malaysian's chinese themselve. and here comes another example, does that affect the whole future of malaysia? I mean it's everywhere! Property market, hmm...That's not in my expertise so i'm not going to spit any useless comment. and it's obvious u dont watch his video clear and shout around in front of ur keyboard like "yeah, i reveal every sh*t of u now" he did sing about the people who leave malaysia =\ It's not fair when u comment without research, and it sounds stupid.

here comes the movie part.
Dont pity those actor, They know namewee more than you do, so shut the hell up.

They dont get a lot of profit of it IF YOU KNOW THE RULES IN MALAYSIA's FILM INDUSTRY. stop talking like u're the one who run the business there, i mean u're not even here to see "the making of the nasi lemak 2.0"
December 2, 2011 at 4:17 PM

darky said…
The total profit of the movie is around 7 million. the government entertainment tax took 20%,cinema took 55%, producer took15%, and minus the cost 1.5million, and the salary of everyone? advertisement fee? there is a lot of non chinese who blog that he loves the film. stop looking at just negative comment.

He simply shooting at the reporter who wrote it and the one who approved it, he didnt screw others malay and he even posting out the article which malay that loves the movie.

DAP didnt use namewee for anything since namewee himself didnt agree to do anything for them as well.

Now here comes the contradiction, He did what he usually do like posting video with what he is angry about. and now u move everything that u can to what didnt exist "namewee racist plan"

Before u and i comment about conveying message, we better stop acting like their lecturer. check out the video which contain rude word and do every review of them and add "they are planing something" I think u will be a great novel writer.

the only thing i'm against him is, he shouldn't and can't be the logo or the right person to 1malaysia with his rude and real attitude.

u're right about 1 thing, we dont need him, he is just another teenager who post video which most of the people care.

Anonymous said…
Chinese who manipulate the property market or who leave our country due to their lack of patriotism.< You think Chinese can survive by earning income in M'sia? Police, army and almost all goverment servants were monopoly by ur own race. We chinese MAKAN APA? Business? Furthermore always practise the word "KETUANAN MELAYU" What the fuck is this? Chinese not MALAYSIAN huh? We chinese rather to earn income in oversea than being step overhead by a race that is lazy and lack of intelligence! Believe me or not this is what I see. I've been working with Malay with the past 5 years and more than 80% were lazy.
August 14, 2012 at 1:32 AM 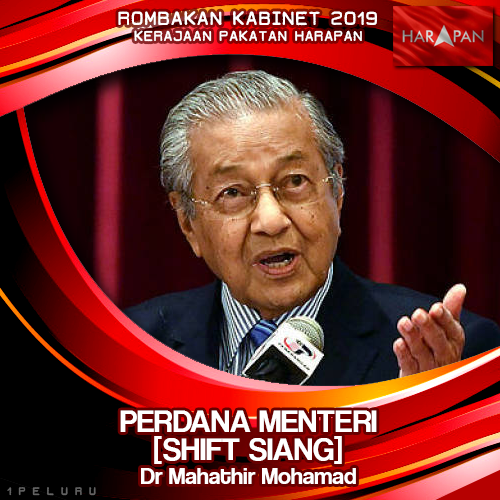