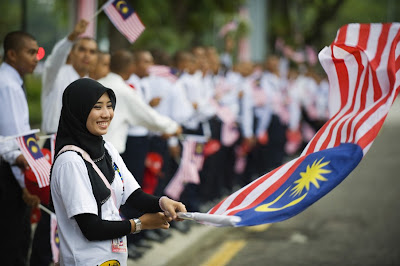 “If you reject the food, ignore the customs, fear the religion and avoid the people, you might better stay at home,” author James Michener once noted about visiting foreign lands. Expats, then, must certainly learn to embrace it all. Luckily, that embrace is heartily returned to those living abroad in the Cayman Islands, Australia and the United Kingdom.

Those are the three nations where it’s easiest to befriend locals, learn the local language, integrate into the community and fit into the new culture, according to the results of HSBC’s Expat Explorer Survey, which was released earlier this month.

1. Cayman Islands
“There’s no income or payroll tax, summer all-year-round, hardly any crime, and no pollution,” notes happy Scottish expat Steve McIntosh. “Grand Cayman has all the amenities of a city with the close-knit community of a town. That’s why most people who come here for a short assignment end up staying long term.”

2. Australia
Expats living Down Under had much to praise about their new country—from the pleasant climate and easy social integration to friendly locals (including at work, where 73% said they felt welcome) and a better work-life balance than in their previous country.

3. United Kingdom
Despite low economic confidence among expats here, 71% are looking to settle here long term, with the same percentage agreeing they have integrated well into the local community.

4. Canada
This country ranked as the top destination for raising children in this year’s survey, but also received top scores for its friendliness of locals (praised by 62%) and social integration (felt by 70%).

5. New Zealand
Though it’s fallen from its top spot in last year’s list of friendliest countries, this country still gets high marks for its work culture, friendliness, weather and ability to organize local finances.

6. Spain
Despite 92% of expats in Spain being troubled by the economy, none are actively seeking relocation, and 71% say they have actively tried learning the local language (a key factor to integration), while 71% say their diet has improved since settling here.

7. United States
Since their relocation here, 63% of expats feel their quality of life has improved. In addition, 57% appreciated the climate and scenery, 49% said they found it easy to make friends and 74% say they’d like to stay here for good.

8. Bermuda
This country scored particularly well on quality-of-life issues, such as the ability to have a high disposable income, or to own a boat or yacht, as well as great weather and easy commutes.

9. South Africa
Ranking ninth overall out of 30 countries, South Africa gets praised by expats in a range of areas: great work-life balance, ease in organizing accommodation and healthcare, great weather and the ability to integrate well into the culture (as agreed upon by 67%).

10. Malaysia
Better quality of life, a satisfying social life, easy local travel and better housing than in their home country helped put Malaysia in fifth place overall—though many reported difficulty integrating into the local community (often because of a language barrier).

11. Mexico
Ranking sixth overall, Mexico is a heavy draw for professionals in the banking, insurance and financial services fields. It’s beloved for its friendly locals (by 74%), rich cultural heritage (74%) and pleasant climate (71%), but also noted for lower financial benefits, with only 13% (compared with 45% worldwide) associating the country with higher salaries.

12. Germany
Ranking eighth overall in this year’s results, Germany has a standout economy that is well appreciated by the expats surveyed: 91% believe the economic situation is getting better or staying the same, while 61% say things are heading in the right direction (compared to a global average of 37%).

13. Bahrain
Despite 66% of expats either leaving or thinking about leaving (mainly due to political instability), half feel that they integrate into the community and 87% say they feel welcome at work.

14. China
More than half of expats in China (53%) work in the financial services sector. Though the language barrier poses a significant challenge, almost half (44%) approve of the quality of life, and 93% are satisfied with the Chinese economy compared to that of the world.

15. Singapore
Financial incentives are a big draw for expats here (80% noticed an increase in disposable income upon relocating), as well as quality of life, which 76% say has improved.