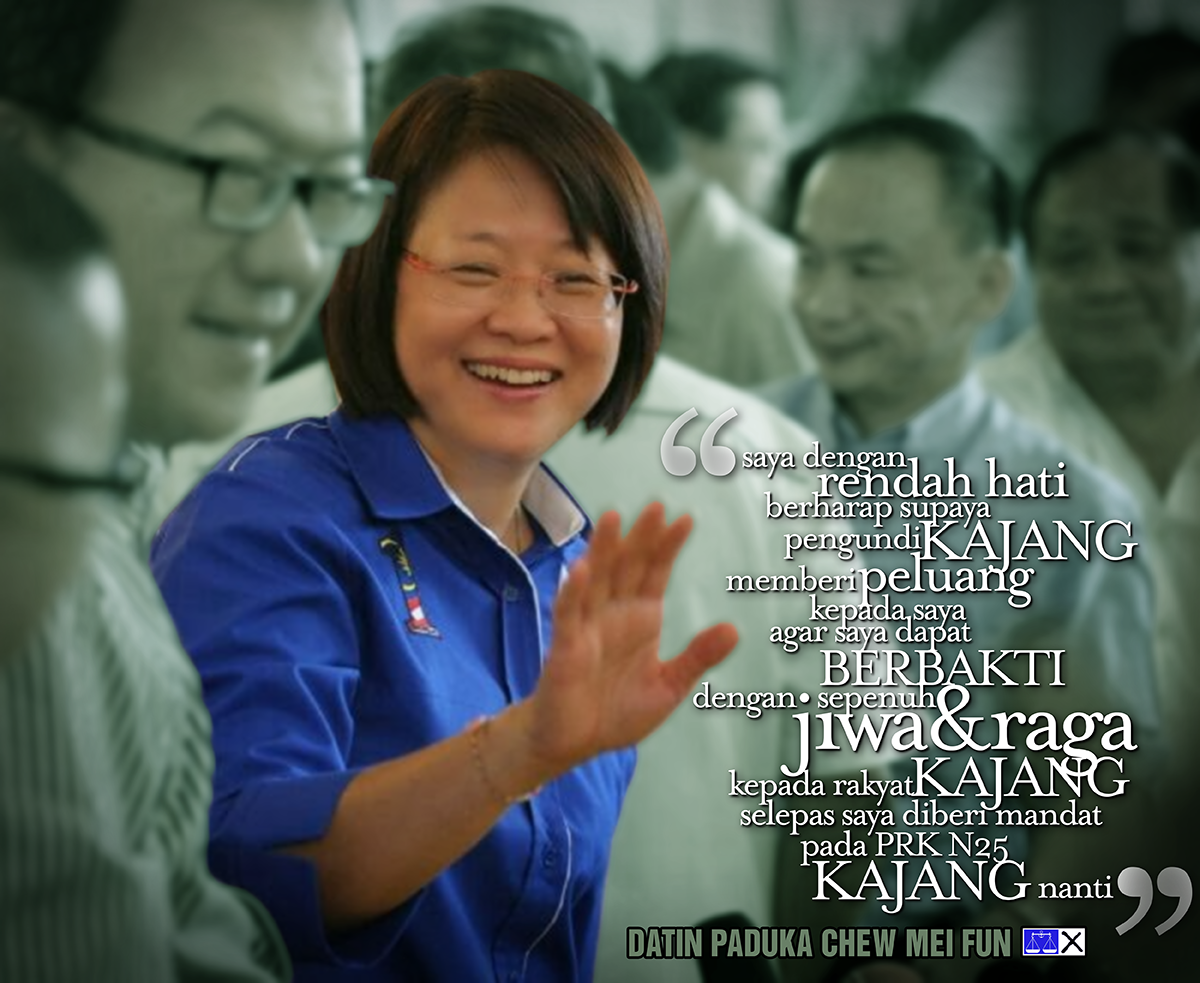 During her political career, she has been actively involved in women’s rights movement. Prior to her appointment as Parliamentary Secretary, she was appointed as Chairwoman of the Malaysian Chinese Women Leaders’ Caucus. She has successfully led Non-Government Women’s Organisations to deliberate on national women’s policy and submit a memorandum on women’s issues to the authorities, while assisted women organisations in the country to secure allocation of funds to finance various programmes and activities aimed at empowering women.

During her tenure as National Chairwoman of Wanita MCA, she led the wing to launch the 7 Objectives and 5 Plans, a guiding policy for Wanita MCA, promoted professionalism in political participation, strengthened and professionalised the core missions of women, trained over 100 women as volunteer para-counsellors, set up 31 women and children aid units nationwide, and founded the MCA Women Entrepreneur Development Centre. Her achievements are detailed in “Responding To The Call Of Times” a book published by Wanita MCA (full details in www. chewmeifun.blogspot.com).

She has founded and led the Crisis Relief Squad of MCA (CRSM), which mainly involved in crisis relief and social welfare efforts. Under her leadership, CRSM successfully formed the CRSM Foundation.

The Foundation has developed the first Volunteer Management System in the country with sponsorship from the Ministry of Science and Technology and Innovation, and founded the CRSM Medical Team. The team has took part in many relief efforts and fund raising drives for disaster-stricken places, including in China and other parts of the world. It has also established close rapport with overseas crisis relief organizations such as the Science & Technology Centre for Disaster, Taiwan.

Datin Paduka Chew Mei Fun has launched a nationwide awareness campaign on cervical cancer in 2008. Within a short span of a year, the campaign attracted over 1,000 women to receive cervical cancer vaccination at concessionary rates, and this has convinced the Ministry of Health to expedite its policy on the provision of free vaccination for female students. The policy received full backing from the Health Minister YB Dato’ Sri Liow Tiong Lai. In 2009, the cabinet has approved the policy, and free vaccination has been given to female students aged 13 throughout the country since mid 2010.

On 8 April 2010, upholding her political convictions, Chew Mei Fun resigned as the Chairwoman of Wanita MCA and subsequently relinquished her Senatorship and Deputy Minister of Women, Family and Community Development post on 28 April 2010. She is Currently pursuing a master’s degree at the Universiti Tunku Abdul Rahman (UTAR) and has formed iPeak Sdn Bhd which provides corporate planning and marketing events services. After her resignation, Chew Mei Fun continues to pursue her vision in championing the rights and interests of women. In 2010, she proposed to the Malaysia-China Friendship Association and Malaysia-China Cultural and Arts Association to organise the Malaysia-China-Asia Pacific Women’s Economic Summit-100th Anniversary of International Women’s Day: 100 Years In Retrospect, Women Continue To Drive Progress. Currently, she is the event’s Chief Planner and Organising Chairwoman.

In 2004, Chew Mei Fun received the Malaysia Top 10 Outstanding Youths Award. In 2005, she was conferred the title of Datin Paduka (DSIS) by His Royal Highness te Sultan of Selangor. In 2006, she received the “Outstanding Malaysian Alumni” by her alma mater, National Chengchi University of Taiwan. 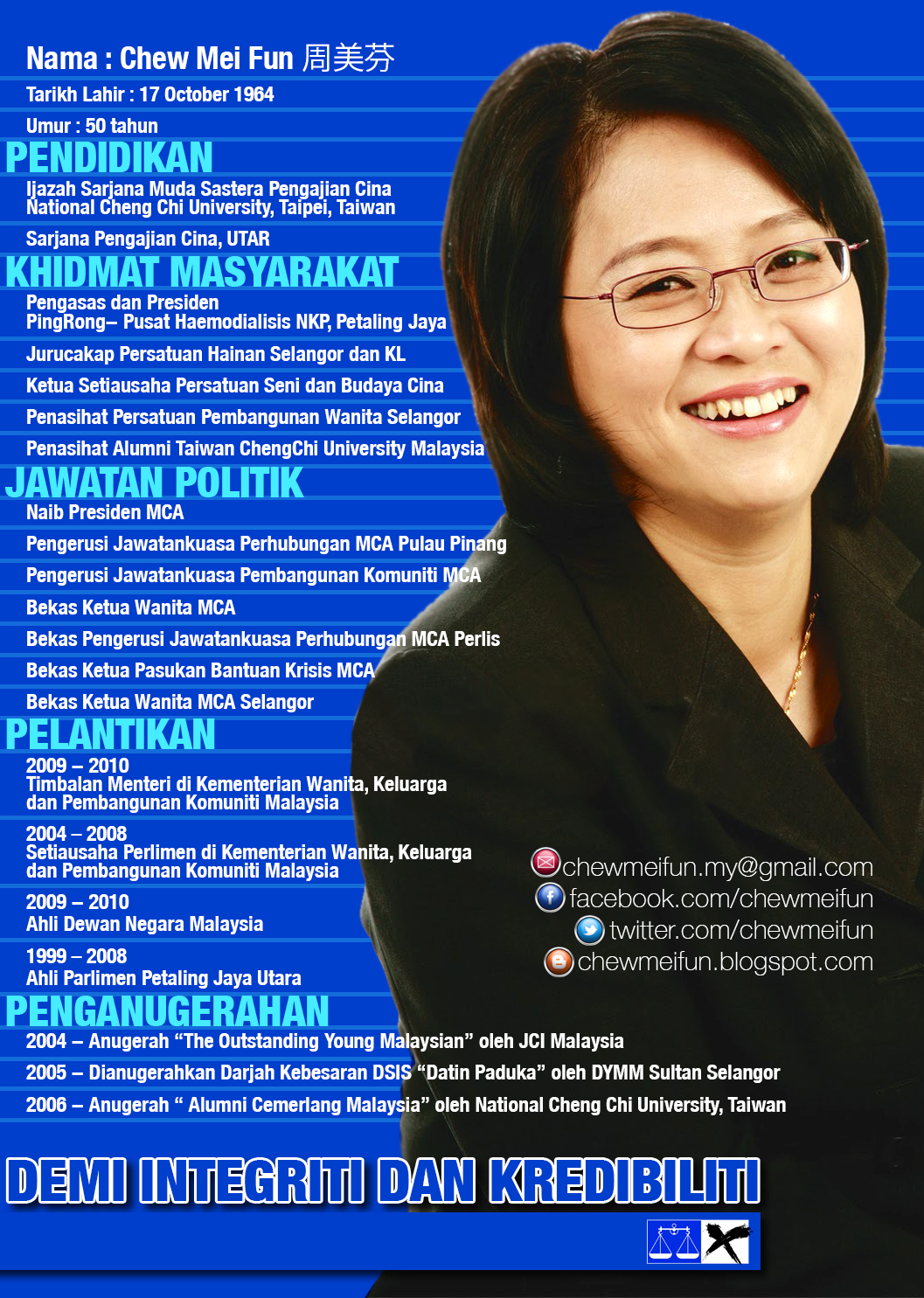